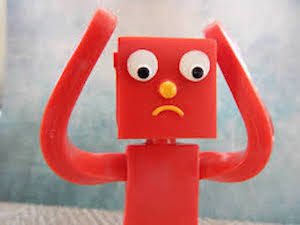 In a recent article, Paul Mahony questions the use of the term “plant-based” to refer to diets that may include animal products:

Is this a form of doublespeak that might cause those in the livestock sector to rub their hands in glee at the prospect of confusing consumers?

No, it’s not doublespeak – it’s simply a logical extension of the term “based.”

“Based” is: “used to form adjectives describing the main thing from which a particular substance or object is made” ie not necessarily the sole element/ingredient.

Expecting it to mean something different in this context aims to change the standard meaning of a word and complicates the whole process of understanding to support some not-so-hidden agenda.

If you wanted to refer to an exclusively plant food diet (other than a few minor exceptions that are neither technically animals or plants), you could use the terms plant diet, or to possibly make an ideological point, vegan diet.

The apparent populariser of this term, if not originator, Colin Campbell,  however, used it to distance the word “vegan.”

Paul  is an example of an intelligent man who refers to scientific data routinely, but fails to examine the basic foundation of his arguments.

The idea that “plant-based” should refer to a vegan diet is closer to doublespeak than the use he questions.

But then this is hardly a surprise from someone who is fond of what Ayn Rand called context dropping: making judgements and statements out of context.

The organisation he co-founded, Melbourne Pig Save, like many other groups, is an exercise in context dropping. The context is animal use in general, which Paul says he opposes, yet this group focuses only on pigs.

As Gary Francione has said, doing this elevates those animals ahead of others, implying that they’re somehow more morally worthy.

The front page of Pig Save’s website says, “Melbourne Pig Save aims to inform the community of the plight of pigs in our food production system.” What about other animals? Why are pigs highlighted? Are they somehow special?

The site doesn’t have a dedicated section on veganism – to be plant-based and avoid the vegan ‘stigma’?

Elsewhere, hidden away, the site does ask people to:

Avoid buying products made from the bodies and excretions of animals. The life of any “unit of production” can hardly be a life worth living.”

True, but then why does the site make an appeal to one specific “unit of production” – pigs? Why doesn’t it have a section on veganism?

If people of different ethnic backgrounds were being persecuted in Victoria, would Pig Save think it was fitting to create a group something like Melbourne Sudanese Save?

Wouldn’t it be strange to single out the Sudanese when other groups were also suffering?

The last sentence of the main paragraph on the front page says:

We hope that people who have not already done so will consider removing pork recipes (and others involving animal products) from their diet.

“We hope… will consider… (and others involving animal products).”

Why do they use this hesitant language? Even though Paul says, “The life of any “unit of production” can hardly be a life worth living,” the group fails to label animal use as wrong. They ask people to remove “pork recipes” from their diets, and in brackets ask they remove other dishes that involve animal products from their diet as well.

What’s another form the sentence could have taken?:

Using other animals is wrong, because it takes their lives unnecessarily.  You can avoid using them by becoming vegan.

The previous link was to an article titled Animal Rights: Power v. Justice. Yet what kind of justice are Pig Save asking for when they ask people to “consider” removing pork dishes from their diets, and ask them to also remove all other dishes – but in brackets?

What importance does that place on animals in general? Apart from eating animals, what about other forms of animal use?

Again, there’s no section dedicated to veganism on the site explaining what it is.

The bottom of Pig Save’s homepage says, “A compassionate world for animals begins with you.”

So keeping the previous article in mind, Pig Save’s site has mashed together ideas of what seems to be a ‘nonjudgemental’ utilitarianism with justice and compassion: which is an individual trait, quite different to justice.

What is a “compassionate world”? Pig Save doesn’t say. Is it a vegan world, a plant-based world, or whatever the reader wants it to be?

Pig Save appear to share Animals Australia’s utilitarianism, a position of ‘adjustment,’ and are reluctant to come right out and say animal use is wrong. In that case, if they believe animal use isn’t wrong, they’re doing an excellent job of avoiding the issue.

Rather than the term “plant-based” being doublespeak, does PigSave actually encourage doublespeak and ‘doublethink’?

Paul Mahony wants “plant-based” to mean vegan as far as diet goes, but doesn’t appear too keen to explain veganism on the Pig Save site.

Pig Save wants people to “consider” not eating animal foods, but doesn’t extend that to animal use in general. They also seem to want to avoid saying animal use is wrong.

Why bother asking people not to eat animal foods if it’s not wrong? Because it harms those animals – even though that isn’t wrong?

Would Domestic Abuse Save ask abusers to “consider” not hurting their partners? Would they ask them to not to punch their partners (or hurt them in any other way)? Would they avoid saying there’s anything wrong  with hurting partners, so as not to offend abusers, but also because they really can’t say there’s anything objectively wrong with hurting them?

If Paul says it’s doublespeak to use the term plant-based to refer to a diet that incorporates some animal products, then why is Pig Save and his thinking based on it?

One thought on “Doublespeak”